"Our Name Can't Begin to Tell You Everything We Do"

The Roy B. Constable Stores, Inc. has it origin at Johnsonburg, Pa.  It began in 1940 when opened by Roy B. Constable, founder, along with his son Melvin R. Constable.  Constables in Johnsonburg still operates at the same location.  The store operated as a partnership once Melvin R. Constable, son of Roy B. Constable, returned from World War II.  In 1955, the store incorporated and Melvin became the manager of the Johnsonburg location and Roy B. became the manager of the Kane, Pa. location which was purchased from Carl Braunstein.  Braunstein had operated the business for only a couple of years, which had been purchased from the Dolan Estate.  The Dolan Family originally built the building and operated a furniture store along with other bunsiness interests.  In 1964, the Rose building in Kane was purchased by Constables.  The two Kane buildings have been recently re-modeled in 2006 to update the outside facades.  It is now managed by Roy M. Constable.

The Johnsonburg location has been expanded in 1975 and in 1990 to what is now the present size and location.  It is managed by Charles Constable.  The Johnsonburg location is the larger of the two stores, with a modern display of furniture, floor covering, bedding and accessories.  Neal Constable oversees the five full-time flooring installation crews, while Michael Constable performs various office functions.  The current corporate officers are Roy M. Constable, President, Neal J. Constable, Vice-President, Charles W. Constable, Secretary, Michael R Constable, Treasurer and William Chiesa, rounding out the board of directors with the Constable Brothers.  Constables is a third generation on-going concern as Roy, Neal, Charles, and Mike are the sons of Melvin R. Constable.  Today, Constables employees over twenty people in its two locations. 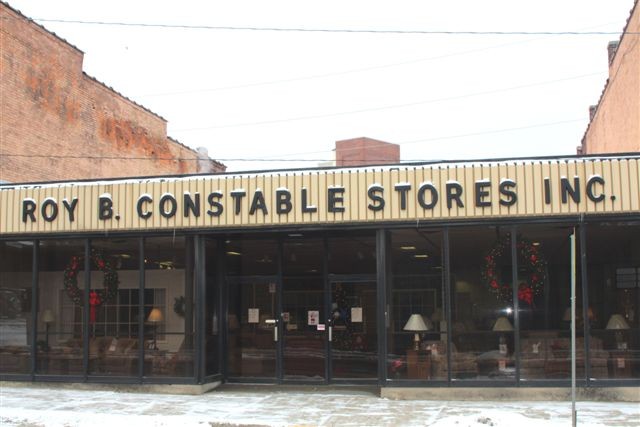